The Power Squadron is now the America’s Boating Club 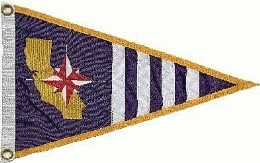 Where Did We Come From?

Ironically, it was sailors who founded the United States Power Squadrons! 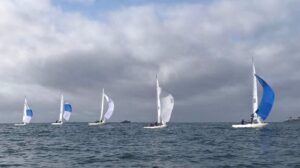 At the turn of the 20th century power craft were coming into vogue as yachts, but power boaters had few organizations where they could share their common interests and experience. Sailors, with their prestigious yacht clubs, had no room for “stink potters”, as the smoke-belching power craft were known.  (Don’t worry, sailors were called “rag haulers”.)

Then, one auspicious day in 1914, the Boston Yacht Club was holding a regatta when a nasty nor’easter ripped through the fleet, demasting many, tearing sails, and causing havoc among the sailors.  To the rescue came the stink potters who took the incapacitated sail boats in tow and returned all safely home.  This was a spark: the club formed a division specifically for power craft and with the purpose of learning and sharing the nautical lore that yachtsmen enjoyed.  The idea spread to the New York Yacht Club and USPS formed.  It has grown to some 300 squadrons across the country.  In fact, USPS is the largest non-profit boating organization in the nation dedicated to the enjoyment of sail and power boating through education and safety.

The Squadrons became known for nautical education and even for instructing naval cadets during both World Wars, with the backing of Franklin D. Roosevelt as Secretary of the Navy and then again as President.  To this day, the San Diego Sail & Power Squadron, now branded America’s Boating Club, continues to serve the San Diego boating community. We have highly professional and all-inclusive courses from the basic to the celestial and everything in between.  Instructors are trained squadron members.

But, it’s not just all courses: 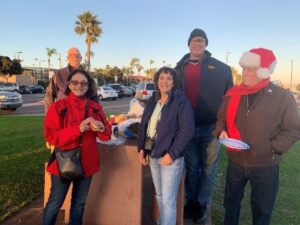 We engage in community services activities, such the Vessel Safety Program. Our sailors hold Sail Fleet races and power craft owners hone their skills in Predicated Log races. After these races, there are “results gathering” socials at hosting yacht clubs. We arrange cruises to fun local destinations, often with the Oceanside squadron, San Luis Rey SPS. Another favorite get-together is rafting up, where several boats tie up together in a local bay and share a weekend of fun and potluck meals.  We hold bi-monthly membership meetings featuring a speaker or a boating presentation, and District get-togethers with our neighboring squadrons.

…And Where Are We Going?

A new and exciting future is already underway:  America’s Boating Club.  That’s us!

For years, a thorn in the side of the United States Power Squadrons has been the word “power”.  It has denoted an exclusivity to only power craft which lasts to even today. This has turned away many sailors who missed the opportunity of our education and member events.  To overcome this hurdle our organization has been rebranded as America’s Boating Club, and you will see the Squadrons ensign alongside the Club logo.

To make nautical knowledge available to a much wider audience we are continually offering new online courses.  Besides the many standard courses, we’ve introduced individualized seminars and webinars to suit every interest.  To find out more, go to: www.AmericasBoatChannel.org.  And, best of all, we have instruction on the water!